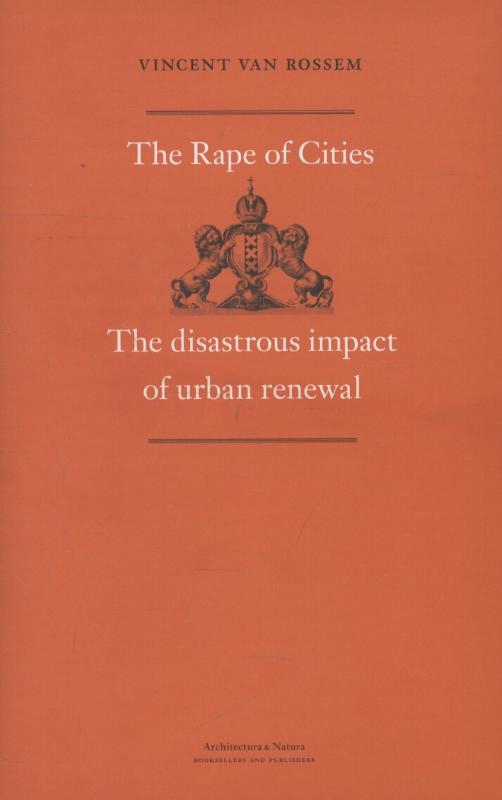 Vincent van Rossem
The rape of cities
the disastrous impact of urban renewal
€ 18.50
Bij u in huis op: dinsdag

The advocates of urban renewal met their Waterloo in the Amsterdam Jordaan district. As recently as 1975, the Amsterdam city council made a serious proposal to demolish the Jordaan, but outraged district residents managed to scuttle the plan. In a structure which originally contained seven apartments, where at least 35 people lived, habits now four people. The district has changed entirely. This illustrates that new uses of a district in no way require demolition. The city`s architectural stock is highly resilient and adaptable to changing uses. Not a single canal house is still being used in the same way it was in the seventeenth century. Semi-detached pairs of shops with upstairs flats in the Jordaan are now being converted into very attractive single-family homes. In Amsterdam in the 1970s, no one would have thought such a thing possible. But they could have known. Jane Jacobs`s famous book about American cities, published in the early 1960s, chronicled how Boston had transformed itself into a trendy city by restoring its historic houses.