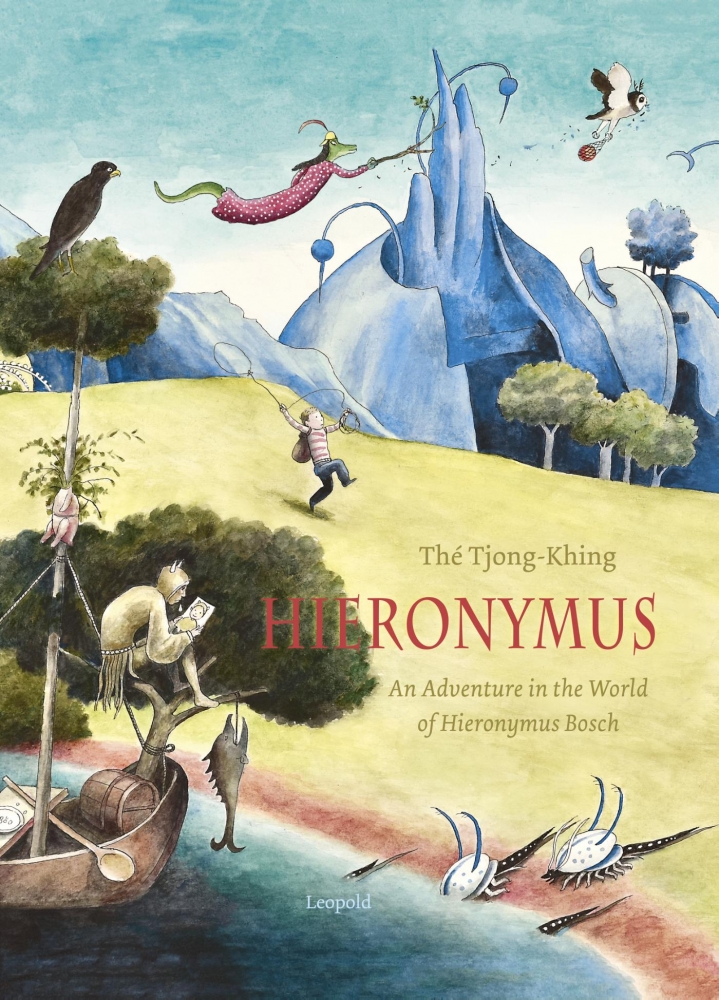 Hieronymus goes outside to play, but today everything is different than usual… When he falls into a ravine, he lands in a wonderful world filled with strange creatures. But then they take off with his ball, as well as his cap and rucksack. A fearless Hieronymus goes after them. He’s a clever fellow who helps out whenever he can, making new friends on the way. Though not everybody is what they seem to be…

A picture book without words, in which the painter Hieronymus Bosch’s magical world transformed into the setting of an exciting escapade. Take the journey yourself by following the clues in Thé Tjong-Khing’s masterful illustrations.