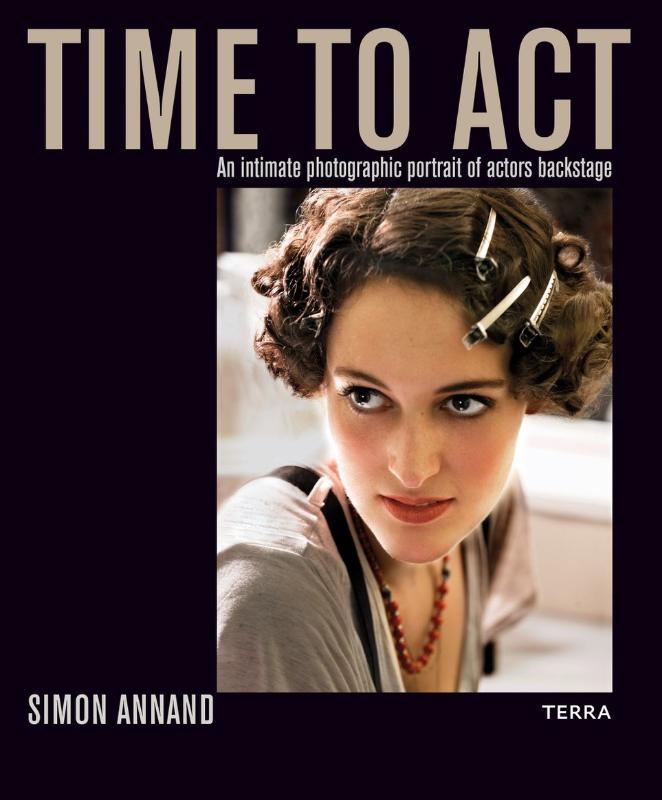 TIME TO ACT is a book of backstage photographs celebrating theatre as live performance, and provides a unique opportunity to see leading actors in the intimacy of their dressing rooms.
It records actors` preparations for their appearance in the thirty-five minutes before they go onstage. These moments, rarely witnessed by anyone outside the profession, offer a fascinating glimpse into the theatre world behind the scenes.

Simon Annand has a unique sense of the whole process, the confluence between backstage and onstage. He has found a way of capturing the careful marshalling of energy backstage and its subsequent explosion into performance once in the lights. Any actor will tell you that Annand`s photographs tell the truth about the life of the theatre. I`m very grateful for what he`s done, because it`s good to be able to point to his pictures and say `You want to know what it`s like to be an actor? That`s what it`s like.`
SIMON CALLOW