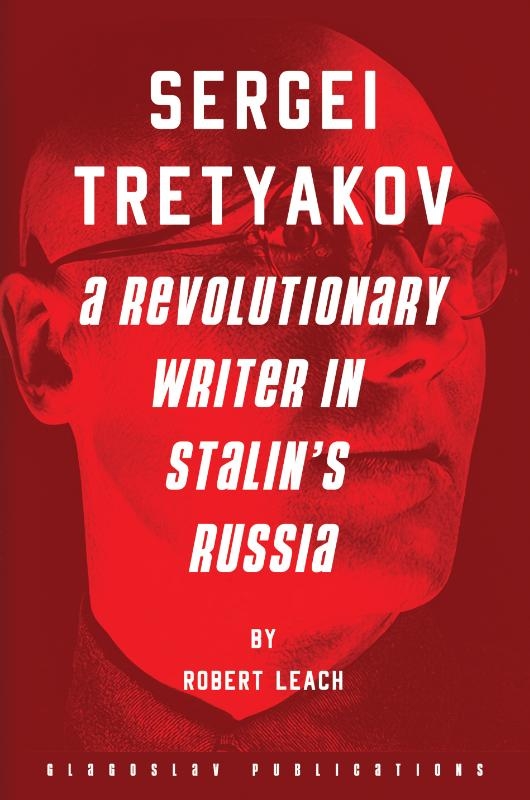 Sergei Tretyakov is one of those artists and intellectuals from the first half of the twentieth century whose name is known, but whose achievements are barely recognized. He seems curiously elusive. Who exactly was he? What did he do? A victim of Stalin’s Great Terror, declared an ‘enemy of the people’, his works were ‘disappeared’ and his name forbidden to be mentioned.

But he was at the very heart of avant-garde modernism. He collaborated with Sergei Eisenstein both in the theatre and on films, and was behind Eisenstein’s formative theory of ‘the montage of attractions’. He was one of Vladimir Mayakovsky’s most intimate associates. He was a crucial influence in the formulation of Vsevolod Meyerhold’s biomechanics and of Bertolt Brecht’s Verfremdungseffekt, and he was a potent force behind Walter Benjamin’s The Work of Art in the Age of Mechanical Reproduction.

His influence grew from the astonishing range of his intellectual and artistic work. He was a distinguished poet and playwright, and a formidable cultural theorist. He played the piano with skill, precision and feeling, he could draw cartoons good enough to be reproduced in newspapers, he became one of Russia’s foremost radio broadcasters, and he was an outstanding photographer.

At the same time, he was a warm and affectionate husband and father, a bold, argumentative and charismatic friend, and a shrewd observer of revolutionary Russia’s hopes and struggles.

This book uncovers the multifarious facets of this fascinating artist and thinker, sets his ideas in the context of his time and for the first time reveals the significance of his diverse achievements.

Levertijd: 5 tot 7 werkdagen
Copyright © 1996- All rights reserved | Deze website maakt gebruik van cookies
This template is made with by Colorlib