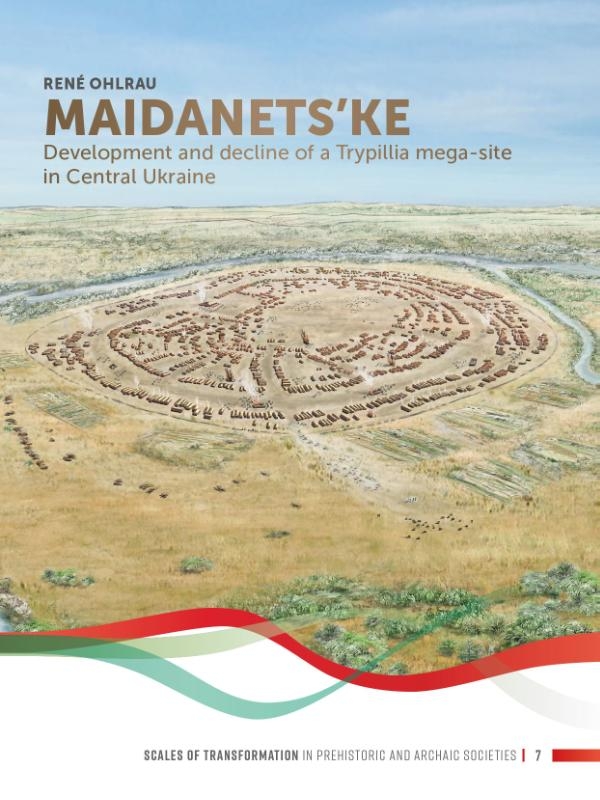 At the end of the 5th millennium BCE, some of the vastest settlements of the time emerged on the forest steppe north of the Black Sea. The largest of these sites were found between the Southern Bug and Dnieper river. There they occur only tens of kilometres apart and are assumed to be partly coeval. The Trypillia `mega-sites` reached sizes of up to 320 hectares with up to 3000 buildings in one place. During their peak times as many as 11.000 people could have lived in one of those settlements.
But how did people come together in these Trypillia `mega-sites` with several thousand dwellings? How long were such sites inhabited, and how many people lived there? Were these settlements the first towns, preceding the Mesopotamian development? To address these questions, this book presents the results of the investigations at the Maidanets`ke `mega-site`.
To date, Maidanets`ke represents the most complex of these enormous sites and is also among the best investigated ones. Based on new excavations by international teams, the settlement`s history, its structure and regional context are addressed. The excavation results, with features like a pottery production site, a causewayed enclosure and several dwellings, are presented in detail. An extensive radiocarbon dating program conducted on various parts of the site, in combination with pottery studies, revealed several phases of continuous occupation between 3990-3640 cal BCE. According to the number of contemporary structures, the demography of a `mega-site` is reconstructed in detail for the first time.
Targeted geophysical surveys in the core area of the `mega-site` phenomenon show that exceptional non-inhabited buildings and so-called mega-structures occur regularly in both larger and smaller settlements. Overall, the Trypillia settlement system appears scalable, with small sites being structurally similar to larger ones. With no clear differences in the settlement pattern except size, the urban character of `mega-sites` is called into question.


About the Author:
Dr. René Ohlrau is currently a Postdoctoral Fellow of the Excellence Cluster ROOTS at Kiel University. He obtained his Master of Arts in 2014 at Kiel University for analysing the renewed geomagnetic survey of Trypillia `mega-sites`. During his PhD-studies between 2014 and 2018 at the Graduate School `Human development in landscapes`, he was involved in the excavations at the `mega-site` near Maidanets`ke conducted by the CRC1266 `Scales of Transformation`.
For his thesis on `Maidanets`ke: Development and Decline of a Trypillia `Mega-site` in Central Ukraine` he conducted extensive surveys in the main distribution area of the `mega-site` phenomenon. Being interested in settlement archaeology, demographics and the emergence of early urbanism, he combines cutting-edge methodology with material data to describe how people start living together in ever larger settlements. René Ohlrau obtained his doctoral degree (Dr. phil) in 2019. 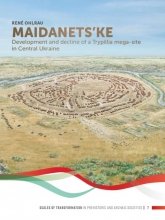