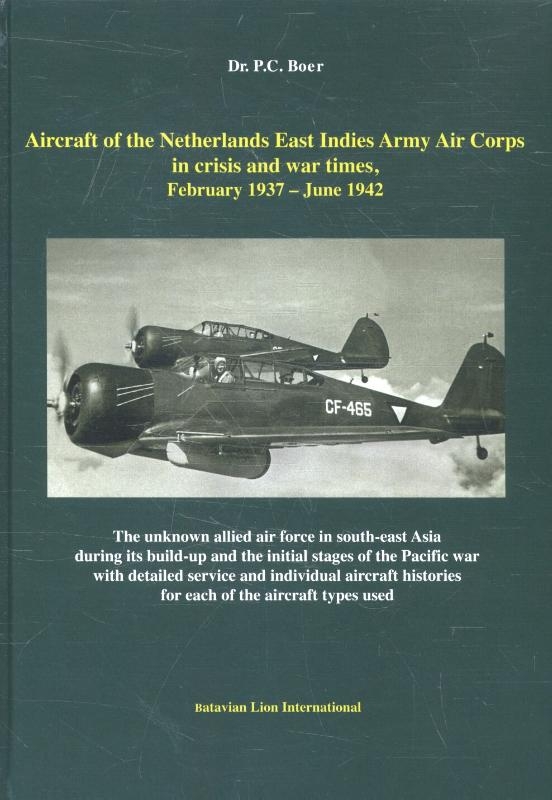 This book is a first result of an operational logistic study (personnel and materiel logistics) into the use and expenditure of aircraft of the Wapen der Militaire Luchtvaart–Army Aviation Corps (ML) of the Koninklijke Nederlands-Indische Leger–Royal Netherlands East Indies Army (KNIL) in the period of February 1937 up to and including June 1942. The ML/KNIL, when the Pacific war erupted on 8 December 1941, was an important allied (army) air force with a strength of 365 aircraft in total of which 245 combat and transport types (including reserves). To compare, the RAF and RAAF in Malacca and Singapore fielded a total of approximately 250 combat aircraft (including reserves) at the same date.


Operational training and operations flown are not the focal point, although attention is given to the war missions flown to make the book more readable and useful to a greater span of readers. The central issue, however, is the way in which the ML afdeelingen (squadrons) were equipped and manned, brought up to and kept on strength and the eventual fate of the units and aircraft. Aircraft use and losses of each of the aircraft types on strength in the covered period are described, both during the formation of units, as well as during their existence and eventual run down.