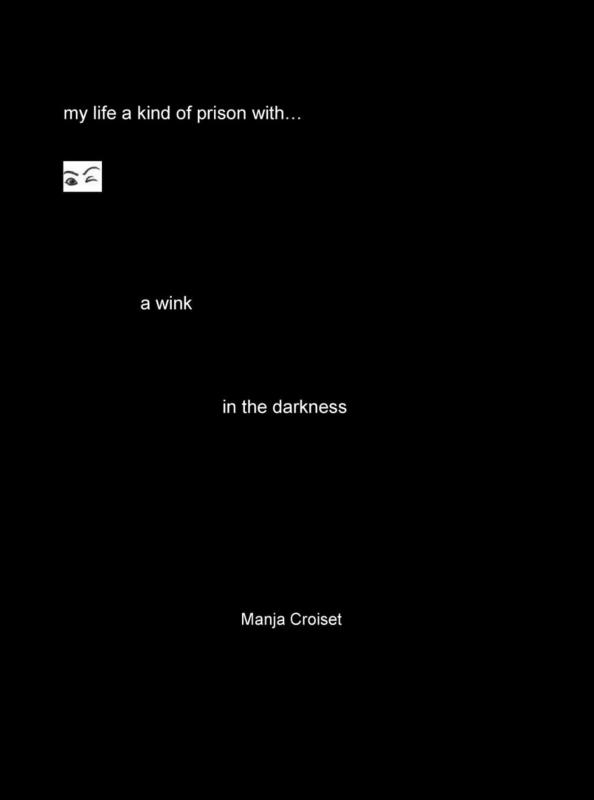 Manja Croiset
A wink in the darkness
my life behind invisible bars
€ 25.95
Levertijd: 2 tot 3 werkdagen

Manja Croiset. Amsterdam, July 5,1946.The youngest of three daughters SHOAH survivors. Her father, was in concentration camps because of underground printing, including HET PAROOL started as a resistance newspaper. Her mother lost her entire family-(grand)parents, brother and sister-during this tragic period of history. Paula Kool March 11, 1918 - May 11, 2012.Her father,Odo Croiset April 24,1915- November 18,2011 As a girl, she felt invisible, with no right to fear or sorrow because of the tragedies her parents had survived-always so much worse than anything she was going through or ever could. The times she lodged in mental hospitals were terrible experiences, torture. Of course no cure. Her situation/condition worsened. She was 16 when her mother decided she had to go away. WINK is a deeply moving book of poetry and prose that reflects on the life, trials and tribulations of its author. A unique kind of biography. Willy Lindwer Emmy Award for the `Last seven months of Anne Frank` made a movie about the gruesome life of Miss Croiset. She turned into an activist in spite of her bad constitution because of her tormented life for justice in every atrocity, especially medical errors.