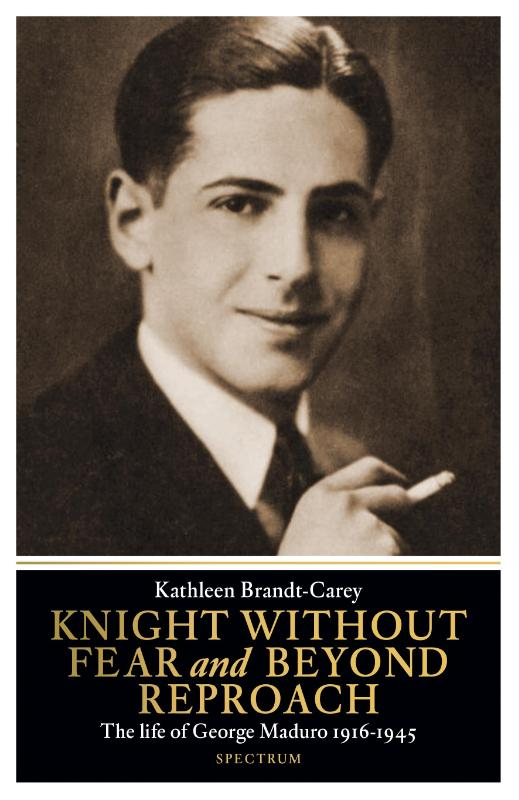 Kathleen Brandt-Carey
Knight Without Fear and Beyond Reproach
The Life of George Maduro 1916-1945
€ 24.99
Levertijd: 1 tot 3 werkdagen

George Maduro was a household name in the Netherlands of the 1930s. He was the handsome, charismatic son of a well-to-do Jewish family from Curaçao and had garnered national fame as a university student when he tried to kidnap the mascot of the Royal Dutch Navy. The invasion of the Netherlands by Nazi Germany put an abrupt end to his carefree existence. On the first day of the invasion he led a courageous charge to recapture a strategic villa, which helped delay the German advance. News of his brave feats travelled far and wide; even the Gestapo knew who he was.

George joined the Resistance, was arrested twice and miraculously released after a long imprisonment in the infamous ‘Oranjehotel’ prison. He was arrested by the Gestapo during an attempt to flee to England and died in Dachau Concentration Camp shortly before its  liberation. He was 28 years old.

George’s parents donated the starting capital for Madurodam, the miniature city in The Hague that supports children’s charities, in memory of their son.

Kathleen Brandt-Carey was born and raised in New York and moved to the Netherlands in 1980. She holds degrees from St. Lawrence University and the University of Amsterdam and has written numerous textbooks for Dutch elementary and secondary-school pupils. Her aunt by marriage, Vivienne Maduro Seeley, is a first cousin of George Maduro’s and inspired her to write his biography. Brandt-Carey describes George Maduro’s short but intensive life in living colour: the lush life on Curaçao, his bittersweet love affair with a Protestant girl, Occupied Holland and the Resistance. The ‘Maduro’ behind ‘Madurodam’ is revealed as a complex, loveable and inspiring young man for whom ideals were more important than personal safety and who never lost courage, even under the most brutal circumstances.