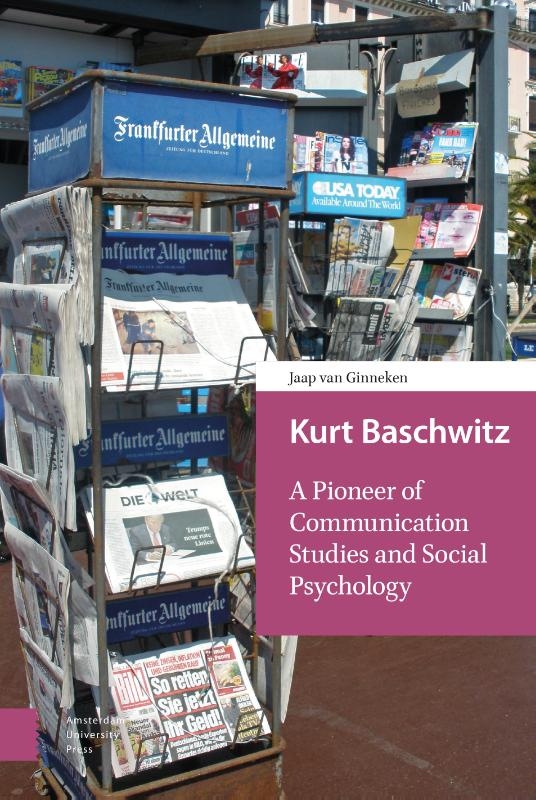 Adorno, Marcuse, Mannheim: those are familiar names of Jewish social science pioneers forced by the 1933 power-grab of Hitler and the Nazis to flee the Germanic to the Anglo-American world. But some original thinkers remained stuck on the European continent, and were never translated. Such as Kurt Baschwitz (1886-1968) who founded the very influential department of communication studies at Amsterdam university, the journal Gazette, and helped engineer the International Association of Mass Communication Research IAMCR. He also published stimulating books on four incarnations of `the mass`: around the Press, Politics, Propaganda and Persecution. In them, he preceded notions like `opinion leadership` developed by Katz & Lazarsfeld or `cognitive dissonance` by Festinger.

Jaap van Ginneken studied social psychology, with mass psychology and mass communication as collateral subjects in Amsterdam, and did a Ph.D. with distinction on the history of political and mass psychology. He taught part-time at the same Department of Communication Science and also did a wide range of media projects on science communication.

`Kurt Baschwitz: A Pioneer of Communication Studies and Social Psychology presents the extraordinary life and scientific works of the brilliant European scientist Kurt Baschwitz, one of the founding fathers of the study of mass psychology and media studies in Europe. This book will eventually help to rediscover the originality of the great contributions of this pioneering scholar.`
- Willem Koops, distinguished professor at Utrecht University, The Netherlands