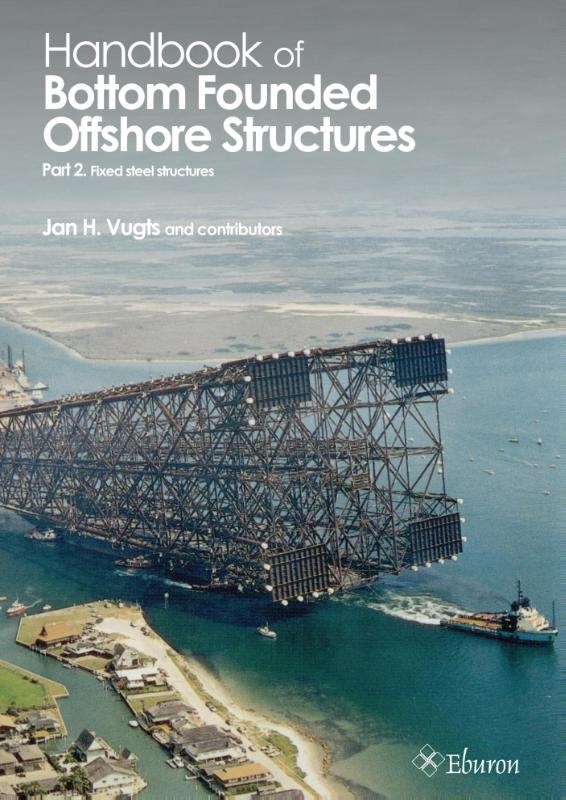 This second part of the Handbook of Bottom Founded Offshore Structures deals with fixed steel structures during their full life cycle, from conceptual design, via fabrication, installation, behaviour on location and structural integrity management to their eventual decommissioning and removal. Using the theoretical background discussed in Part 1, the quasi-static, dynamic and fatigue behaviour in the open sea of framed structures and monotowers are analysed by illustrative practical applications that promote insight and understanding.

Foundations are an inseparable part of bottom founded structures, in respect of their design and installation, as well as their mechanical behaviour on location. A comprehensive chapter in Part 2 is devoted to foundation engineering issues. Self-elevating platforms (jack-ups) are mobile structures that are floating when they are in transit, bottom founded when they are operating on location, and in transition between these two situations during placement and departure. This part also includes an informative chapter on this special type of structure.

The Handbook intends to provide offshore engineers with a source for acquiring and sustaining relevant expertise to perform their job. It can be used as a textbook for Master student courses in offshore engineering, as material for self-study of certain subjects, or as a reference guide for practising engineers.

Jan Vugts graduated in 1963 as a naval architect from Delft University of Technology and continued research in its Hydromechanics Lab before joining Royal Dutch Shell as a Ph.D. in 1970. He spent over 25 years developing and practising the offshore trade in the US, Brunei Darus Salam, Aberdeen and The Hague, and a decade teaching it as a professor of Offshore Engineering in Delft. He was a major contributor to the ISO 19900 series of offshore structures standards. His many contributions to the field earned him, among others, the Research Prize of the Royal Institution of Engineers in The Netherlands, honorary membership of its Offshore Department, and a place in the ASCE Hall of Fame for OTC papers that pioneered innovation and had lasting impact.