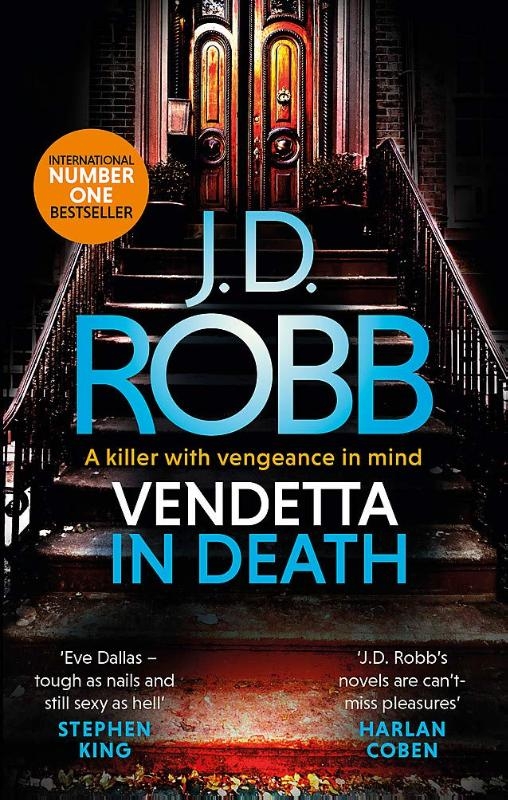 Lieutenant Eve Dallas must keep the predator from becoming the prey in Vendetta in Death, the newest thriller from the #1 New York Times bestselling author J.D. Robb.

She calls herself Lady Justice. And once she has chosen a man as her target, she turns herself into a tall blonde or a curvaceous redhead, makes herself as alluring and seductive as possible to them. Once they are in her grasp, they are powerless.

The first victim is wealthy businessman Nigel McEnroy. His company`s human resources department has already paid out settlements to a couple of his young victims-but they don`t know that his crimes go far beyond workplace harassment. Lady Justice knows. And in one shocking night of brutality, she makes him pay a much steeper price.

Now Eve Dallas and her husband, Roarke, are combing through the evidence of McEnroy`s secret life. His compulsive need to record his misdeeds provides them with a wide range of suspects, but the true identity of Lady Justice remains elusive. It`s a challenging case, made even more difficult by McEnroy`s widow, who reacts to the investigation with fury, denial, and threats. Meanwhile, Lady Justice`s criminal crusade is escalating rapidly, and if Eve can`t stop this vigilante, there`s no telling how much blood may be spilled...