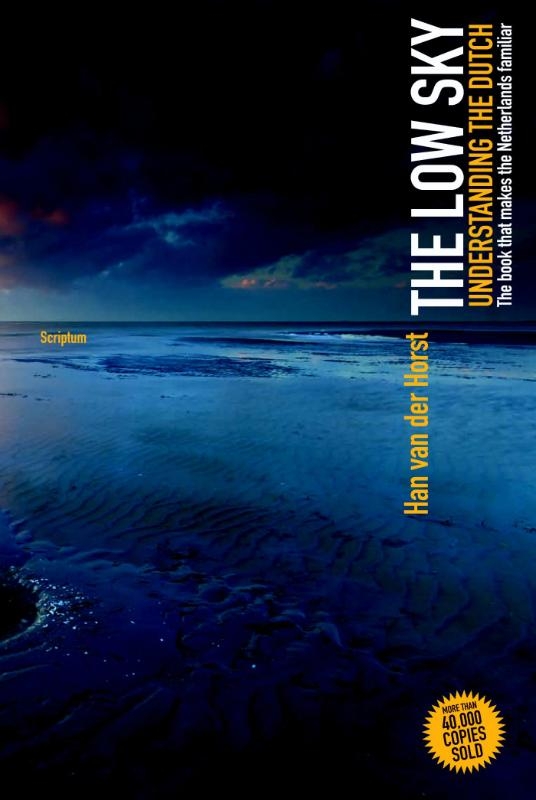 Han van der Horst
The low sky
understanding the Dutch; the book that makes the Netherlands familiair
€ 20.00
Bij u in huis op: dinsdag

Doe maar gewoon, dan doe je gek genoeg. Act normally, that`s crazy enough. Nine out of ten people in the Netherlands will quote this well-worn saying if asked to come up with a basic trait of the Dutch character. Expatriates who have been here for a while see it differently. For them, Dutch society is a weird and wonderful maze full of unpredictable people. At times Dutch people will ignore you politely; at others they will go out of the way to help you. You will get into trouble with the authorities for putting up a fence without permission but, in the late evenings, many family television channels broadcast pornography and advertisements for telephone sex into your living room. Even your best friends reach for their diaries to make a dinner date, because you don`t just drop by without being invited. And when you buy them a present they will open it in front of you without batting an eyelid. A country and a people full of paradoxes. Or is there some kind of system behind it all? Han van der Horst paints a picture of Dutch society and the Dutch psyche that will help newcomers to understand the country they are living in and to function effectively at work and in their free time. The Low Sky - Understanding the Dutch is the best guide to the Netherlands and its people. This latest edition has been completely reviewed and updated to do justice to the major social changes that have affected Dutch society in recent years.