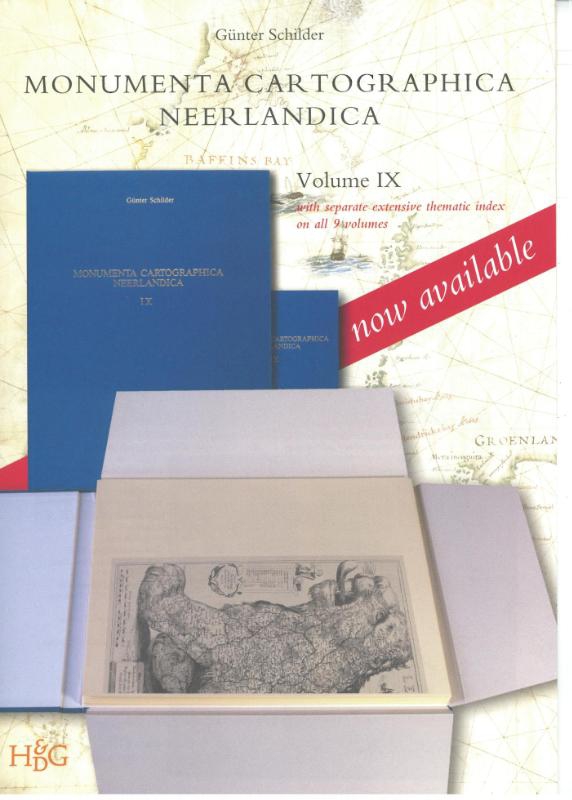 This volume focuses exclusively on the work of Hessel Gerritsz. (c. 1581-1632), who ranks among the most important and influential cartographers of the early-seventeenth-
century Amsterdam. He started his career in Willem Jansz. Blaeu`s workshop. About 1608 he established himself as an independent engraver, mapmaker and printer. A selection of his maps has been described and reproduced in full size and his position as chart-maker of the Dutch East and West India Company is discussed in detail.

This is the last and final volume in the series Monumenta Cartographica Neerlandica. One of the aims of the series was to present an inventory of rare and significant Flemish and Dutch maps and charts from the period 1550 and 1700, and over 3500 pages, many thousands of illustrations and 700 facsimile`s have been published.
The work is the result of the author`s investigations, carried out during the past thirty years in numerous Dutch and foreign collections. In this way rare cartographic material is now more easily accessible.
The work is monumental in every respect, and it is indispensable for private as well as public reference collections. To present an easier access to the whole series, a general index on names, maps and a dozen thematic subjects of all the nine volumes has been compiled.