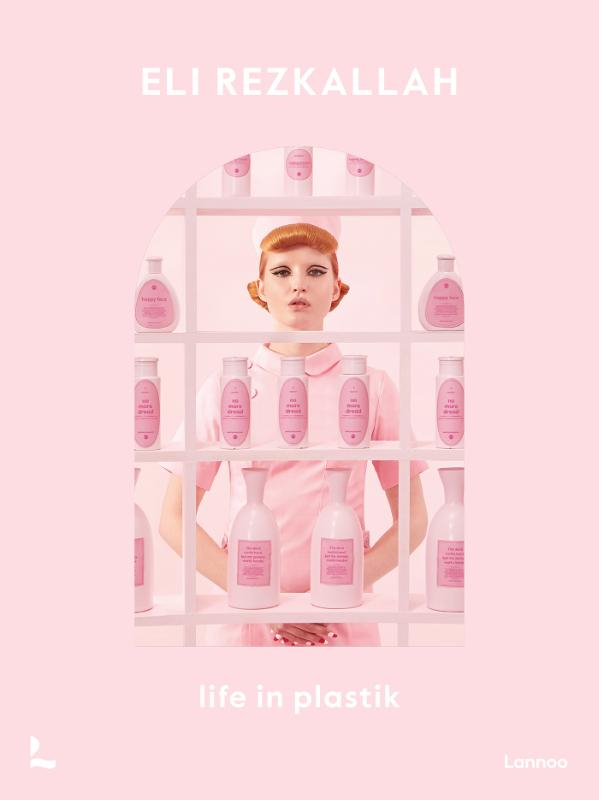 Eli Rezkallah is a multidisciplinary artist and founder of plastik magazine, which he launched at the age of 21. Born in Lebanon, amid the civil war, Rezkallah lived his formative years in a beachfront resort on the Mediterranean coast used as a shelter for Christian families migrating from Beirut to escape the war.

Being surrounded by women who were constantly putting on a good face and deliberately turning a blind eye towards their country`s tense sociopolitical situation quickly became a source of great inspiration. Rezkallah`s work is a visual representation of euphoric denial and the measures people take to escape reality and recreate their own. No matter how colorfuly and vibrantly they paint their world, they can never escape the sentiment of dread they feel from living in an environment constantly on the verge of destruction. Rezkallah`s work typically juxtaposes extravagant beauty and fashion with unnerving melancholia and lethargy. His subjects, styled with razor-sharp meticulousness and placed in surreal settings, feel at once stoic and empty; unimaginative souls lost in a hyper-imaginary world. His work, along with plastik magazine, quickly became an anthem for a lost generation of dreamers around the world, and, soon enough, a global phenomenon recognized by the likes of international figures such as RuPaul Charles, Paris Hilton, and Miley Cyrus.

Life in Plastik is a five-act visual account of how childhood memories informed Eli Rezkallah`s photography throughout the years.