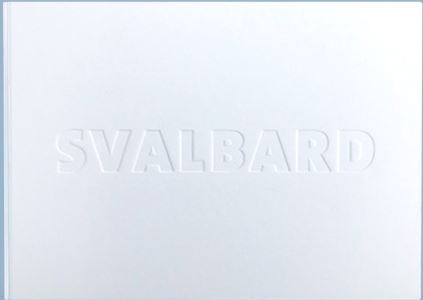 Svalbard' came into being after a boat trip from Zeeland to Spitsbergen in 2016. In this photo book, visual artist and graphic designer Dolf Middelhoff shows us a world that may not exist for much longer. The archipelago is suffering from climate change. Glaciers are shrinking rapidly; the snow melts earlier in the year and temperatures are rising alarmingly fast. Images of the pack ice show in a disconcerting way that the ice increasingly shrinks in summer. This is a disaster for ringed seals and polar bears that need the pack ice to survive.

The Global Seed Vault in Longyearbyen is also in danger. This building would withstand any kind of disaster, even a nuclear blast. What they did not foresee, however, was that the permafrost would melt so quickly, resulting in the ultimate threat to the vault.

During his journey in 2016, Dolf made beautiful photographs of this special group of islands in the Arctic Ocean. The series not only shows us the climate disaster, but also offers us the chance to still enjoy a world that is in danger of disappearing.

?One can think of nothing sadder than the appearance of Spitsbergen's coasts, when the hills, covered with freshly fallen snow, are shrouded in mist and fog, but one will also not lightly see a more brilliant and cheerful scene, when on a clear day the cloudless sky displays its unsurpassed dark blue tint, while the sun shoots out its rays, tempered by that peculiarly soft yet bright atmosphere that always surrounds a snow-covered landscape?.

Bij u in huis op: vrijdag
Dit artikel is aanwezig in onze winkel