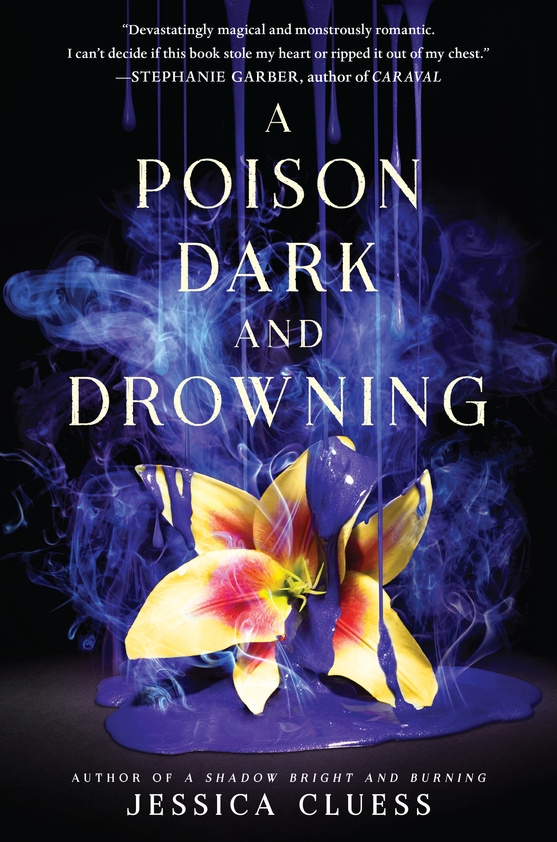 &ampldquoDevastatingly magical and monstrously romantic. I can&amprsquot decide if this book stole my heart or ripped it out of my chest.&amprdquo &ampmdash'stephanie Garber, author of Caraval
&#160;
The magicians want her to lead.
The sorcerers want her to lie.
The demons want her blood.
Henrietta wants to save the one she loves.
But will his dark magic be her undoing?
&#160;
In this seductive and explosive second book in the Kingdom on Fire series, Jessica Cluess delivers her signature mix of magic, passion, and teen warriors fighting for survival. Hand to fans of Victoria Aveyard, 'sarah J. Maas, and Kiersten White.
&#160;
Henrietta doesn&amprsquot need a prophecy to know that she&amprsquos in danger.

'she came to London to be named the chosen one, the first female sorcerer in centuries, the one who would defeat the Ancients. Instead, she discovered a city ruled by secrets. And the biggest secret of all :Henrietta is not the chosen one.
&#160;
'still, she must play the role in order to keep herself and Rook, her best friend and childhood love, safe. But can she truly save him? The poison in Rook&amprsquos system is transforming him into something monstrous as he begins to master dark powers of his own. 'so when Henrietta finds a clue to the Ancients&amprsquo past that could turn the tide of the war, she persuades Blackwood, the mysterious Earl of 'sorrow-Fell, to travel up the coast to seek out strange new weapons.

And Magnus, the brave, reckless flirt who wants to win back her favor, is assigned to their mission. Together, they will face monsters, meet powerful new allies, and uncover the most devastating weapon of all :the truth.
&#160;
Praise for A 'shadow Bright and Burning:
&#160;
&ampldquoIs it clear that Cluess adores the Harry Potter series and Jane Eyre? Yes. 'so do you. 'so does everyone. What matters is that her voice is her own.

. . . A 'shadow Bright and Burning delivers on the promise of its title. This is a novel that gives off light and heat.&amprdquo &ampmdashThe New York Times
&#160;
&ampldquoThe magic! The intrigue! The guys! We were sucked into this monster-ridden alternative England from page one.

Henrietta is literally a &amplsquogirl on fire&amprsquo and this team of sorcerers training for battle had a pinch of Potter blended with a drop of [Cassandra Clare&amprsquos] Infernal Devices.&amprdquo &ampmdashJustine
&#160;
&ampldquoUnputdownable. I loved the monsters, the magic, and the teen warriors who are their world&amprsquos best hope! Jessica Cluess is an awesome storyteller!&amprdquo &ampmdashTamora Pierce, #1 New York Times bestselling author

Levertijd: 5 tot 11 werkdagen
Copyright © 1996- All rights reserved | This template is made with by Colorlib