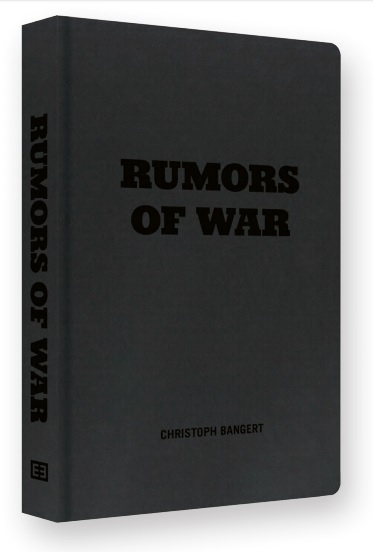 After explicitly depicting the horrors of war in War Porn and commenting on its absurdity in hello camel, Christoph Bangert now reflects in the third and last volume of this series on his own past and role as a journalist on the front. Rumors of War is the personal diary of a now former war photographer who dares to admit that he misses the war and now has to find a way to cope with peace. Bangert impressively describes his inner conflict between the overwhelming, but also selfishly driven feeling of doing something meaningful, which he wishes to experience over and over again, and the knowledge of the worries of his family and friends, which he forces to go through an emotional hell. What he experienced will accompany him throughout his entire life. But one thing is certain: he will never again go to war.

Levertijd: 1 tot 2 werkdagen
Dit artikel is aanwezig in onze winkel in Heerenveen
Copyright © 1996- All rights reserved | Deze website maakt gebruik van cookies
This template is made with by Colorlib