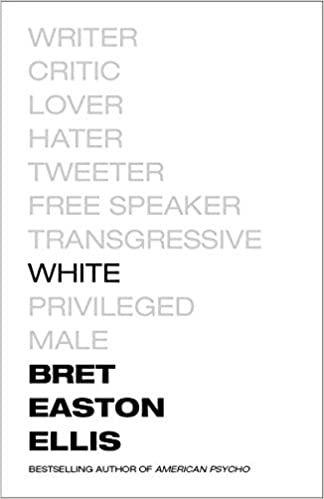 Own it, snowflakes: you`ve lost everything you claim to hold dear.

White is Bret Easton Ellis`s first work of nonfiction. Already the bad boy of American literature, from Less Than Zero to American Psycho, Ellis has also earned the wrath of right-thinking people everywhere with his provocations on social media, and here he escalates his admonishment of received truths as expressed by today`s version of `the left.` Eschewing convention, he embraces views that will make many in literary and media communities cringe, as he takes aim at the relentless anti-Trump fixation, coastal elites, corporate censorship, Hollywood, identity politics, Generation Wuss, `woke` cultural watchdogs, the obfuscation of ideals once both cherished and clear, and the fugue state of American democracy. In a young century marked by hysterical correctness and obsessive fervency on both sides of an aisle that`s taken on the scale of the Grand Canyon, White is a clarion call for freedom of speech and artistic freedom.

`The central tension in Ellis`s art-or his life, for that matter-is that while [his] aesthetic is the cool reserve of his native California, detachment over ideology, he can`t stop generating heat.... He`s hard-wired to break furniture.`-Karen Heller, The Washington Post

`Sweating with rage . . . humming with paranoia.`-Anna Leszkiewicz, The Guardian