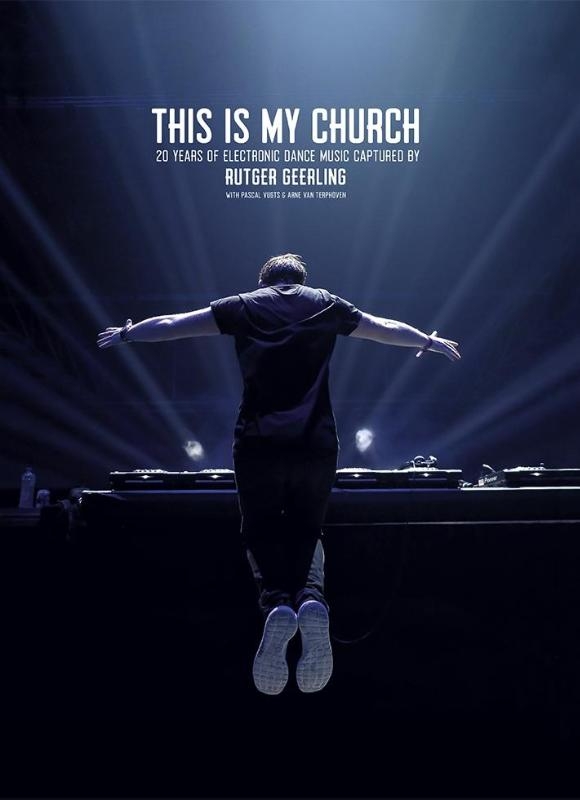 The DJ heroes of EDM have millions of fans all over the world. But all those heroes are, in turn, fans of one man: Rutger Geerling aka RUDGR. The legendary photographer releases a 320-page, 2,5 kilogram coffee table book capturing his most memorable shots.

The book, called This Is My Church, shows Geerling’s best work, accompanied by stories from the scene’s key figures. Martin Garrix, Tiësto, Hardwell, Carl Cox, W&W, Dimitri Vegas & Like Mike and many, many more have been interviewed to comment on the iconic pictures. For this special occasion, Armin van Buuren put down his headphones and picked up his pen to write an exclusive foreword. Finally EDM gets the document it deserves. Never before has the freedom, togetherness, music, love, energy, friendship and magic of its culture been captured so brilliantly.

Geerling has been photographing parties and festivals for two decades. Throughout the years he has transformed his skill of capturing parties to works of pure art. He was there at all the defining moments: from the Dutch underground scene in the 90s to the breakthrough of trance by Tiësto and Armin van Buuren. From the success of Tomorrowland, Ultra and Sensation to the crossing of EDM to the USA and from the emergence of new gods like Martin Garrix and Hardwell to the eventual global triumph of the leading musical style of the 21st century. After such a successful career, nowadays Rutger leads the life of a superstar DJ himself. Flying back and forth between Holland, Argentina, Korea, South Africa, USA, India to name a few.