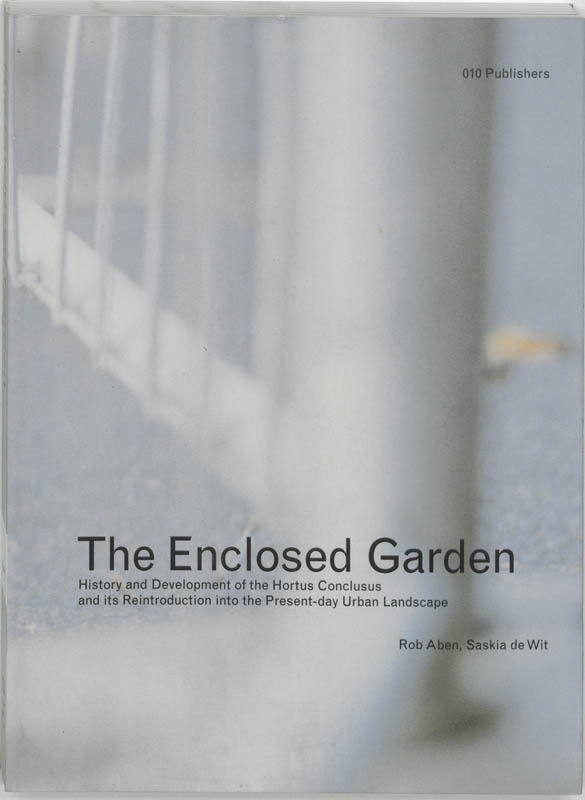 Rob Aben and Saskia de Wit
The Enclosed Garden.
History and development of the hortus conclusus and its reintroduction
into the present-day urban landscape
Design by Erik Wong and Annelies Frölke
€ 29.95
Levertijd: 1 tot 2 werkdagen

This book charts the history and development of the hortus conclusus, the enclosed garden, and its reintroduction into the present-day urban landscape. Making its first appearance in Medieval Europe, this garden type captures and isolates aspects of nature and landscape in a relatively small, confined space. It makes these aspects manageable by imposing on them its own pictorial, geometrical and spatial order.

The book opens with a historical section describing the ingredients and design concepts that made the hortus conclusus such a success. This is followed by an in-depth study of historical examples, amongst them the Romanesque garden of the monastery of Santas Creus, the Gothic garden of the Cathedral of Santa Eulalia, the Alhambra, and giardino segreto of the Villa Capponi. Recent designs by Alexandre Chemetoff, Daniel Libeskind and Dom Hans van der Laan show how the hortus conclusus, dressed in contemporary garb, has a part to play in the urban landscape.

Just the compactness of the enclosed garden makes it so effective in places where space is a scarce commodity, as in the our ever-swelling metropolises. Whether on the theoretical front or because of the many international examples analysed within its pages, this lavishly illustrated volume is a worthy addition to the discourse on reintroducing the hortus conclusus into the urban landscape of today.

The press:
'If you venture beyond the cover, [...] you discover a very well researched, carefully thought-out, and convincingly argued thesis. I came away with new ideas, and an understanding of a garden-making philosophy that has not been so carefully scrutinised in almost a millennium.'
- Toby Musgrave in Gardens Illustrated, December 2000/ January 2001, pp 109-110

'An intriguing and sometimes passionately argued compendium of knowledge. This excellent translation into English from the original Dutch by John Kirkpatrick is brimming with photographs and well-executed line drawings, with sketches on virtually every spread. The Enclosed Garden has something for every space-designer to learn from - or plunder for inspiration.'
- Ken Fieldhouse in Garden Design Journal, February 2001, p. 55