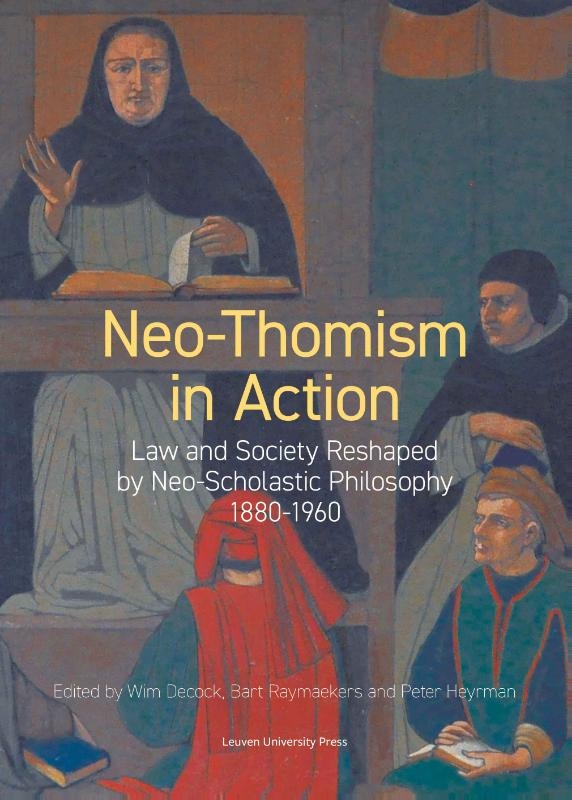 In his encyclical Aeterni Patris (1879), Pope Leo XIII expressed the conviction that the renewed study of the philosophical legacy of Saint Thomas Aquinas would help Catholics to engage in a dialogue with secular modernity while maintaining respect for Church doctrine and tradition. As a result, the neo-scholastic framework dominated Catholic intellectual production for nearly a century thereafter.

This volume assesses the societal impact of the Thomist revival movement, with particular attention to the juridical dimension of this epistemic community. Contributions from different disciplinary backgrounds offer a multifaceted and in-depth analysis of many different networks and protagonists of the neo-scholastic movement, its institutions and periodicals, and its conceptual frameworks. Although special attention is paid to the Leuven Institute of Philosophy and Faculty of Law, the volume also discloses the neo-Thomist revival in other national and transnational contexts. By highlighting diverse aspects of its societal and legal impact, Neo-Thomism in Action argues that neo-scholasticism was neither a sterile intellectual exercise nor a monolithic movement. The book expands our understanding of how Catholic intellectual discourse communities were constructed and how they pervaded law and society during the late 19th century and the first half of the 20th century.