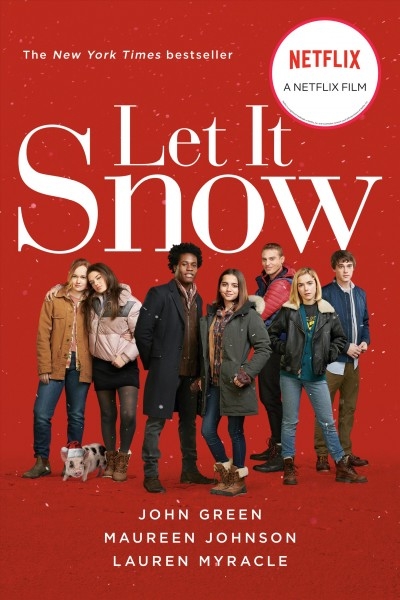 Three interconnected stories from three bestselling authors :John Green (Paper Towns, The Fault in our 'stars), Maureen Johnson (The Name of the 'star), and Lauren Myracle (The Internet Girls series.)

Major motion picture in the works!

A Christmas Eve snowstorm transforms one small town into a romantic haven, the kind you see only in movies. Well, kinda. After all, a cold and wet hike from a stranded train through the middle of nowhere would not normally end with a delicious kiss from a charming stranger. And no one would think that a trip to the Waffle House through four feet of snow would lead to love with an old friend.

Or that the way back to true love begins with a painfully early morning shift at 'starbucks. Thanks to three of today&amprsquos bestselling teen authors&ampmdashJohn Green, Maureen Johnson, and Lauren Myracle&ampmdashthe magic of the holidays shines on these hilarious and charming interconnected tales of love, romance, and breathtaking kisses.

Tender without being mushy, these carefully crafted stories of believable teen love will leave readers warm inside for the holidays.&ampmdash'school Library Journal

Levertijd: 1 tot 2 werkdagen
Dit artikel is aanwezig in onze winkel in Heerenveen
Copyright © 1996- All rights reserved | Deze website maakt gebruik van cookies
This template is made with by Colorlib