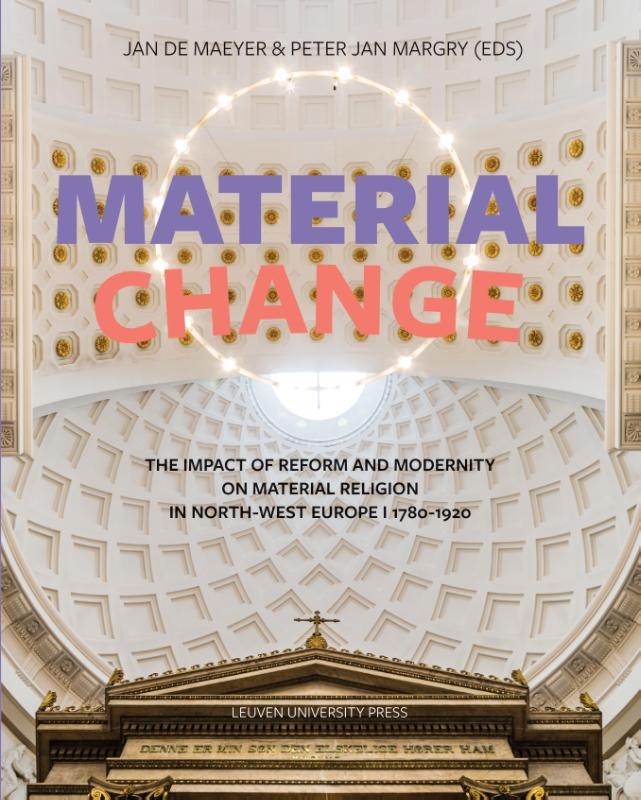 The long nineteenth century (c.1780–c.1920) in Western Europe saw an unprecedented rise in the production and possession of material goods. The material culture diversified and led to a rich variety of expressions. Dovetailing with a process of confessionalisation that manifested itself quite simultaneously, material religion witnessed its heyday in this period; from church buildings to small devotional objects.

The present volume analyses how various types of reform (state, societal, and ecclesiastical) that were part of the process of modernisation affected the material devotional culture within Protestantism, Anglicanism, and Roman Catholicism. Although the contributions in this book start from a comparative European perspective, the case studies mostly focus on individual countries in North-West Europe, namely Germany, Belgium, the Netherlands, the United Kingdom, Ireland, Norway, Sweden, and Denmark.

The concept of ‘material religion’ is approached in a very inclusive way. The volume discusses, amongst others, parish infrastructures and religious buildings that are part of land and cityscapes, but also looks into interior design and decorations of chapels, churches, monasteries, cemeteries, and educational, charitable, and health institutions. It comprises the fine arts of religious painting and sculpture, the applied arts, and iconographic designs. As far as private material culture is concerned, this volume examines and presents objects related to private devotion at home, including a great variety of popular devotional and everyday life objects, such as booklets, cards, photographs, and posters.