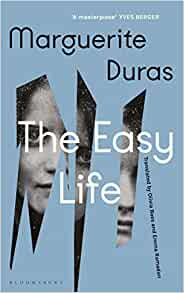 `A novel of the disquieting contours of family, and of the mind, and of life unceasing even in the midst of death by one of the most important, visionary writers of all time` Amina Cain, author of Indelicacy


WITH A FOREWORD BY KATE ZAMBRENO


There`s nothing to do about boredom, I`m bored, but one day I won`t be bored anymore. Soon I`ll know that it`s not even worth the trouble. We`ll have the easy life.

Twenty-five-year-old Francine Veyrenattes, confined to the family farm, already feels that life is passing her by. But after Francine lets slip a terrible secret, culminating in the violent deaths of her brother and uncle, her world is shattered.

Fleeing the farm for the seaside, Francine finds herself disintegrating. Lying in the sun with her toes in the sand, she restlessly wishes for things to be somehow easier, to have a life worth living.

But then the calm and quiet is broken yet again - by another tragedy and a senseless death, in which Francine finds herself implicated. Cast out of paradise, and stranded between her home and the rest of the world, she must confront her rapidly dissolving sense of self if she is to find a way to survive.

`It`s a masterpiece, and a little known, if not unknown, masterpiece . Any serious reader of this author`s work must begin with this novel` YVES BERGER