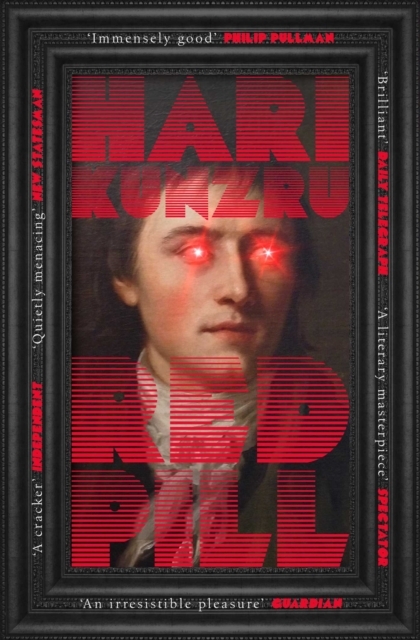 ?The book I wish I?d written? Whatever Hari Kunzru is publishing next? Aravind Adiga

From the author of White Tears comes a breathtaking, state-of-the-world novel about one man?s struggle to defend his values and create a reality free from the shadows of the past.

?From now on when you see something, you?re seeing it because I want you to see it.

When you think of something, it?ll be because I want you to think about it??

And with those words, the obsession begins.

A writer has left his family in Brooklyn for a three month residency at the Deuter Centre in Berlin, hoping for undisturbed days devoted to artistic absorption.

When nothing goes according to plan, he finds himself holed up in his room watching Blue Lives, a violent cop show with a bleak and merciless worldview. One night at a party he meets Anton, the charismatic creator of the show, and strikes up a conversation.

Red Pill is a novel about the alt-right, online culture, creativity, sanity and history.

It tells the story of the 21st century through the prism of the centuries that preceded it, showing how the darkest chapters of our past haunt our present. More than anything, though, this is a novel about love and how it can endure in a world where everything else seems to have lost all meaning.