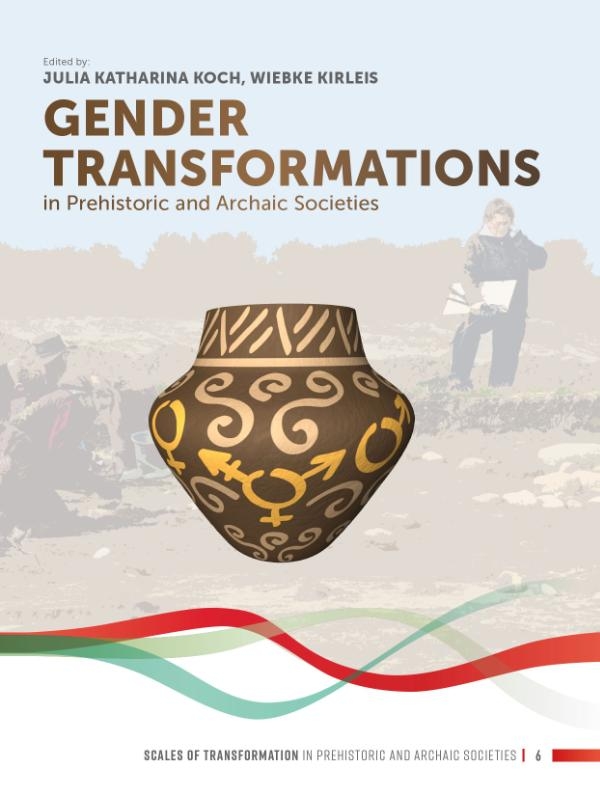 In which chronological, spatial, and social contexts is gender a relevant social category that is noticeable in the archaeological material? How can transformations in social gender relations and identity be recognized archaeologically? Is the identity of prehistoric people defined by gender? If so, what is the accompanying cultural context? What about gender equality among the scientists working in archaeology? In what degree are research teams, as well as their scientific approaches, biased today?

These and other burning questions are intensively discussed in this volume, which comprises 25 contributions presented at the international workshop `Gender Transformations in Prehistoric and Archaic Societies`, organised by the Collaborative Research Centre 1266 of Kiel University funded by the German Research Foundation (DFG). The workshop offered a platform to discuss a broad range of approaches on the inter-dependencies between gender relations and socio-environmental transformation processes.
Beyond a focus on the archaeology of women, gender archaeology offers a variety of possibilities to reconstruct the contribution of social groups differentiated e.g. by age, gender, and activities related to cultural transformation, based on the archaeological material. Thus, this volume includes papers dealing with different socio-economic units, from south-western Europe to Central Asia, between 15,000 and 1 BCE, paying particular attention to the scale of social reach. Since gender archaeology, and in particular feminist archaeology, also addresses the issue of scientific objectivity or bias, parts of this volume are dedicated to equal opportunity matters in archaeological academia across the globe. This is realised by bringing together feminist and female experiences from a range of countries, each with its own specific individual, cultural, and social perspectives and traditions.

Preface of the editors
Wiebke Kirleis and Johannes Müller

Matters of gender in a prominent excavation by the German Archaeological Institute: Fieldwork and gender in the Kerameikos in Athens
Jutta Stroszeck

Women in the field: Preliminary insights from images of archaeology in Portugal in the 1960s and the 1970s. A first essay
Ana Cristina Martins

Gendered and diversified fieldwork classes in prehistoric archaeology? An examination of and a perspective on Bachelor study programs of German universities
Doris Gutsmiedl-Schümann

`Fieldwork is not the proper preserve of a lady`: Gendered images of archaeologists from textbooks to social media
Jana Esther Fries

What is gender transformation, where does it take place and why? Reflections from archaeology
Marie Louise Stig Sørensen

Gender symbolism in female graves of the Bronze Age evidenced by the materials from the Lisakovsk burial complex of the Andronovo cultural horizon
Emma R. Usmanova and Marina K. Lachkova

Male gender identity during the Ural Bronze Age: On the way down?
Natalie Berseneva

3. Gendering and shaping the environment

Gender and the environment
Julia K. Koch and Oliver Nakoinz

Change and continuity: Gender and flint knapping activities during the Neolithic in the Paris basin
Anne Augereau

The construction of space and gender in prehistory: An approach to the Chalcolithic walled enclosures of Iberia?
Ana M. Vale