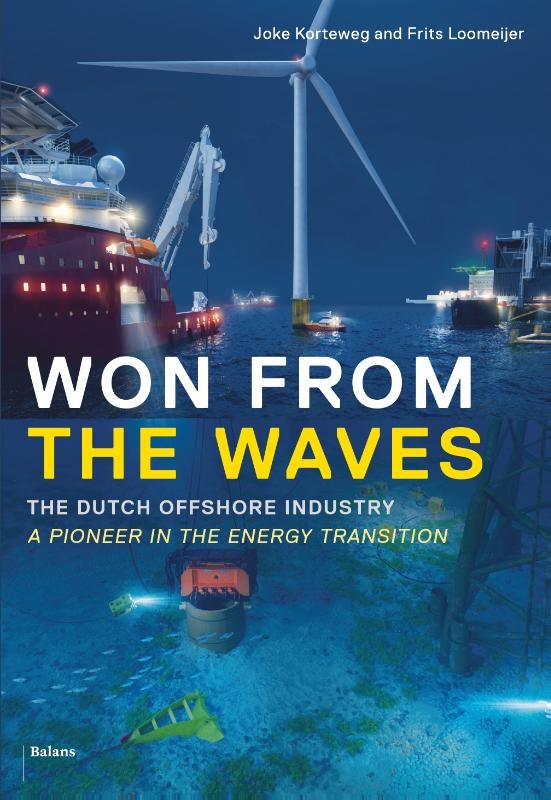 In 1959 a huge gas bubble was discovered in the Dutch province of Groningen. Soon experts started to suspect that gas could also be extracted from the North Sea. When this proved to be true, it did not take long for both existing and new companies to plunge into offshore oil and gas extraction. As a result the Netherlands has acquired one of the most important offshore industries in the world since the oil crisis.

It owes this position to a group of suppliers: innovative companies that build, transport, maintain and disassemble platforms, transformer stations and wind farms on behalf of the large energy companies. They are world leaders and are playing an important role in the current energy transition, which, to a large extent, is taking place at sea.

In Won from the Waves Joke Korteweg and Frits Loomeijer describe the fascinating development of the Dutch offshore industry on the occasion of the fiftieth anniversary of the trade organisation IRO. This unique book is the first to shine a spotlight on one of the most prototypical Dutch industries, which is applying resolve and technical ingenuity to succeed in an increasingly critical social and political climate.