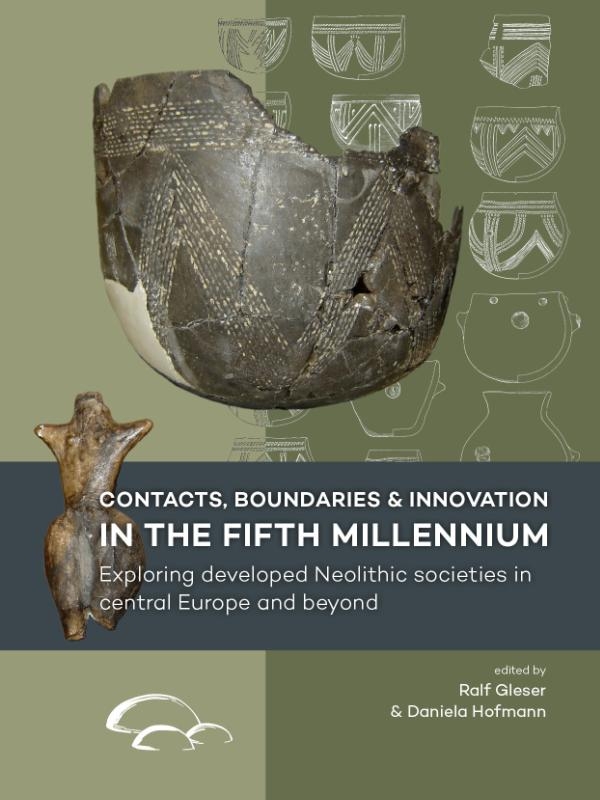 Contacts, boundaries and innovation in the fifth millennium
Exploring developed Neolithic societies in central Europe and beyond
€ 120.00
Levertijd: 5 tot 7 werkdagen

The fifth millennium is characterized by far-flung contacts and a veritable flood of innovations. While its beginning is still strongly reminiscent of a broadly Linearbandkeramik way of life, at its end we find new, inter-regionally valid forms of symbolism, representation and ritual behaviour, changes in the settlement system, in architecture and in routine life. Yet, these inter-regional tendencies are paired with a profusion of increasingly small-scale archaeological cultures, many of them defined through pottery only. This tension between large-scale interaction and more local developments remains ill understood, largely because inter-regional comparisons are lacking.

Contributors in this volume provide up-to-date regional overviews of the main developments in the fifth millennium and discuss, amongst others, in how far ceramically-defined `cultures` can be seen as spatially coherent social groups with their own way of life and worldview, and how processes of innovation can be understood.

Case studies range from the Neolithisation of the Netherlands, hunter-gatherer - farmer fusions in the Polish Lowlands, to the Italian Neolithic. Amongst others, they cover the circulation of stone disc-rings in western Europe, the formation of post-LBK societies in central Europe and the reliability of pottery as an indicator for social transformations.

On the periphery and at a crossroads: a Neolithic creole society on the Lower Vistula in the fifth millennium BC
Peter Bogucki

Taboo? The process of Neolithisation in the Dutch wetlands re-examined (5000-3400 cal BC)
D.C.M. Raemaekers

A vessel with zoomorphic depiction from the Epi-Rössen horizon at Oberbergen am Kaiserstuhl: an evolutionary perspective on an unusual artefact
Ralf Gleser

The transition from the sixth to the fifth millennium BC in the southern Wetterau - pottery as expression of contacts, boundaries and innovation
Johanna Ritter-Burkert

On the relationship of the Michelsberg culture and Epirössen groups in south-west Germany in the light of absolute chronology, aspects of culture definition, and spatial data
Ute Seidel

Schiepzig enclosures: gaps in the archaeological record at the end of the fifth millennium BC in northern central Germany?
Johannes Müller, Kay Schmütz and Christoph Rinne