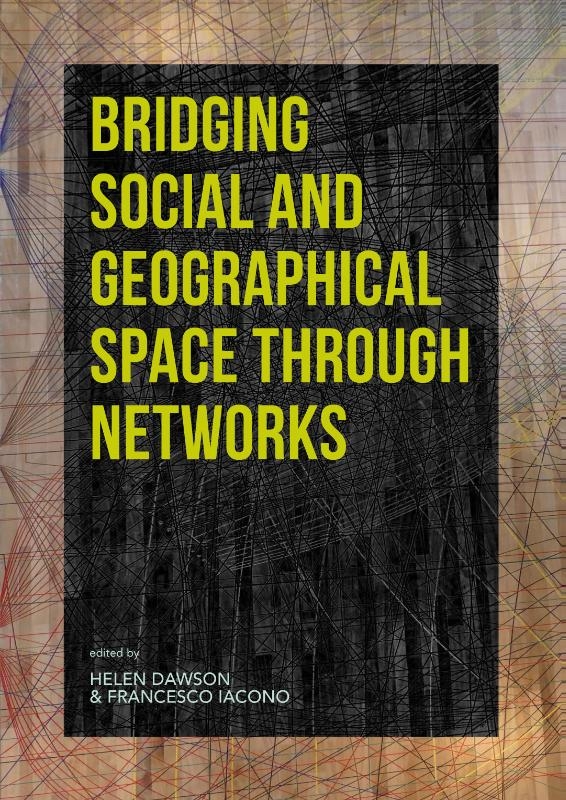 This volume represents a bold attempt by the editors to bring scholars from distinct research orientations together, to discuss the interplay between the geographic and social dimensions of different kinds of interaction networks.

Within the humanities, networks afford an umbrella of approaches to the study of social relations and their patterning, both through qualitative and quantitative applications, with two main perspectives standing out: those centered on space and those concerned with the social dimension of interaction. In this book, we aim to highlight the potential for integrating these different research directions and identify common ground for developing new interdisciplinary insights.

The volume demonstrates how a network approach can successfully incorporate and frame different kinds of theoretical perspectives and methodological applications, drawing on multiple strands of social and geographical theory and using data as diverse as archaeological artefacts, roads/infrastructure, textual sources, and information from living informants. As such, it will appeal to archaeologists, historians, geographers, and sociologists, as well as anyone interested in exploring further the potential for employing network-based methodologies within the Humanities and Social Sciences, and in enriching their understanding of the theoretical and interdisciplinary underpinnings of widely employed concepts in network science.

The volume stems from a workshop held at the Freie Universität Berlin which was funded and hosted by the Excellence Cluster Topoi. The publication of the proceedings has been made possible thanks to generous financial support from the Gerda Henkel Foundation.

Terrestrial transportation networks and power balance in Etruria and Latium Vetus between the beginning of the Early Iron Age and the end of the Archaic Period
F. Fulminante, S. Lozano, L. Prignano, and I. Morer

Getting around the City: A Space Syntax perspective on post-medieval Nuremberg
D. Wehner

Memory as a network of affects: bridging the humanities and social sciences to understand the social spaces of storytelling
S. De Nardi

At the heart of Mare Nostrum: Islands and “small world networks” in the central Mediterranean Bronze Age
H. Dawson

Marx, networks and the social logic of interaction
F. Iacono