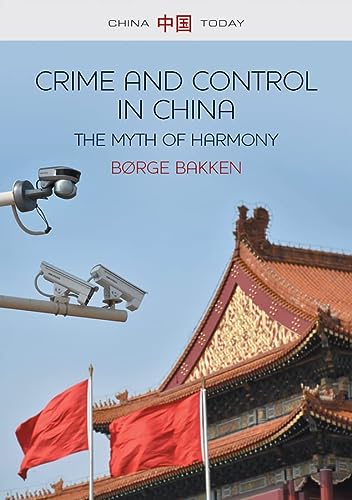 China is a transitional society with one of the highest inequality rates in the world. Criminologists would typify this as a highly toxic combination, creating very high levels of crime. Yet China reports extremely low crime rates. How might this be?

With this book, Børge Bakken shows that the reality in China does not match the rosy picture of low crime and rule-by-law that the authorities present to the world. Looking beyond the statistics, Bakken discovers that violent crime is a particularly `sensitive issue`, deliberately censored by party propaganda and by an unaccountable police force that can `vanish` any type of crime to a degree that makes a `crime rate` a mere formality. As Bakken reveals, official Chinese crime statistics cannot be used to make assumptions about China`s crime profile. Even the assumption that crime represents the problem and control its solution is not valid, Bakken argues. Because when control becomes part of the problem, the false assumption of a `harmonious society` evaporates, rendering `harmony` a myth and violence the traumatic reality.


This meticulous investigation of crime and justice in China is crucial reading for those interested in the Chinese regime and China`s state control, as well as criminologists and sociologists of crime.