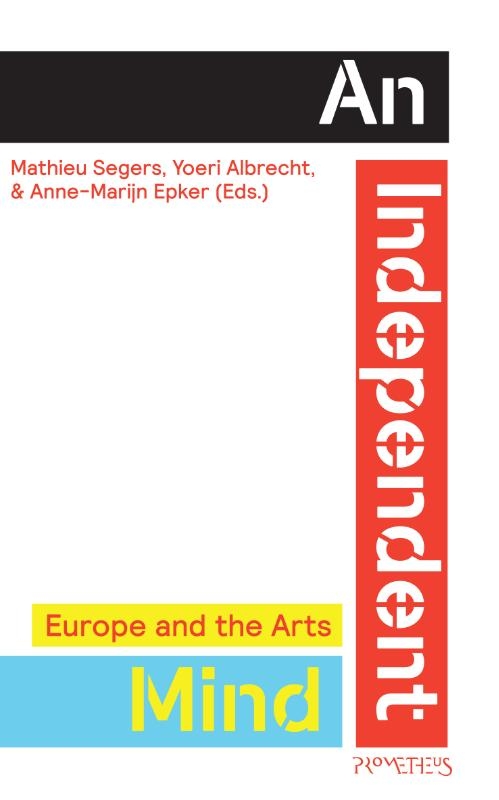 In the 21st century, Europe’s future has proved to be less secure and more dangerous than we thought. Collaboration within Europe turns out to be anything but a matter of course. It is under enormous pressure, just like Europe’s crown jewels: freedom, the mind, and art. For those who want to see them, black clouds are looming: Brexit, the growing confrontation with Putin’s Russia, an increasingly powerful China, and a self-interested America under Trump, but also the migration crisis, wars in the Middle East, and the resurgence of nationalism in Catalonia, Scotland, and northern Italy. What do the arts, the humanities, literature, and philosophy have to offer contemporary Europe? After the First World War, French romantic Romain Rolland published his Déclaration de l’Indépendance de l’Esprit, a passionate manifesto in which he disputed nationalism and war, and voiced a plea for European camaraderie. Seldom has the importance of free-thinking been expressed more concisely or fervently. Today, Rolland’s words are once again relevant. Stefan Hertmans, Arnon Grunberg, and Susanne Kennedy have contributed wonderful essays to this collection taking inspiration from his text. With Rolland’s manifesto as a starting point, this collection presents some of the most beautiful and urgent excerpts by Europe’s greatest writers and thinkers and places them in our modern-day context. Can their ideas regarding Europe provide us with answers to the questions that Europe is currently struggling with? This book contains passages and essays from: Romain Rolland, Arnon Grunberg, Stefan Hertmans, Susanne Kennedy, Herman Hesse, Sigmund Freud, Stefan Zweig, Gabriel Marcel, Thomas Mann, Nicola Chiaromonte, Susan Sontag, Jan Patočka, Hans Magnus Enzensberger, Mathieu Segers, and Yoeri Albrecht.